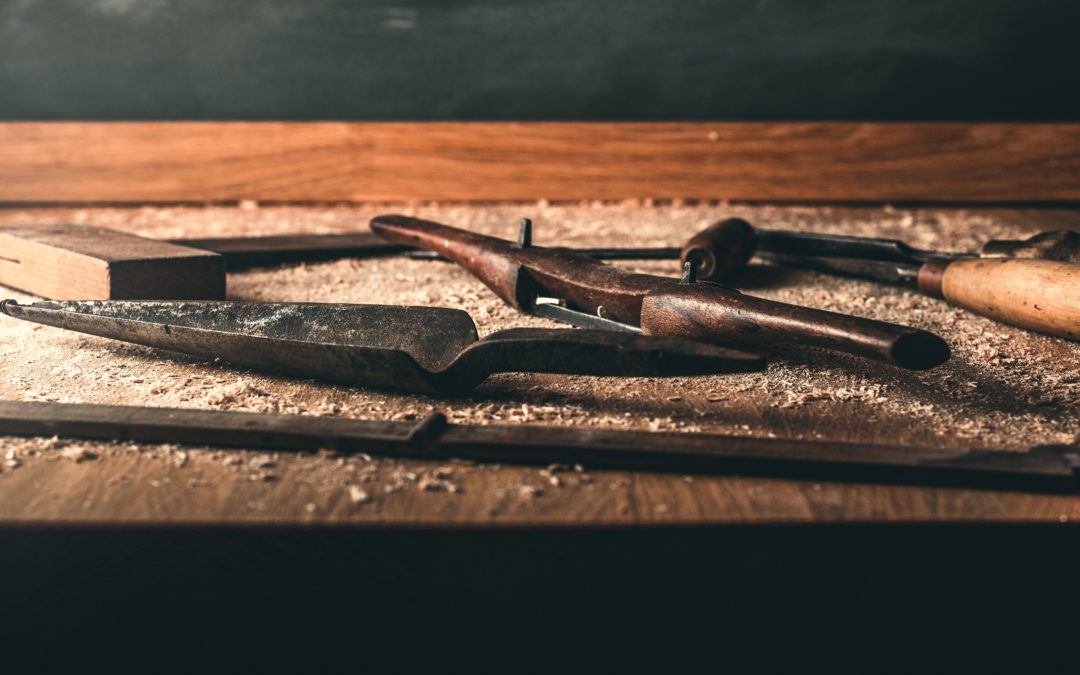 James helps us think about business and how it fits naturally with who we were meant to be in this week’s blog.

How much did Jesus charge for a table?

Wouldn’t it be interesting to be a fly on the wall watching Jesus before he was famous; working as a carpenter in his earthly father’s business? I wonder what he shouted when he hit his thumb with a hammer; presumably an Aramaic version of “fiddlesticks”. Or perhaps, being God, he never made mistakes and his carpentry contained perfect right-angles and every nail went straight and true through the wood on the first hammer blow. I imagine that it was probably quite beautiful for God to experience the raw humanness of working with your hands to make a living.

I assume that, if he didn’t start his ministry until he was 30-ish, that for most of his career he was a carpenter in his dad’s small business. If it’s true what they say, and he lived a perfect life, I wonder what his pricing strategy was? How much did Jesus charge for a table?

Perhaps he was too nice to ever make a profit; he simply gave away his tables or charged only for materials. But then I suppose that wouldn’t help the family very much when they needed to buy things for themselves, like food. Perhaps his tables were so incredible he charged a massive premium (you could probably get a lot for a table made by God-incarnate). I guess I imagine that he probably just charged the going rate – he was still flying under the radar at this point after all. But I bet it was fun trying to bargain with him; he was a powerful orator and if he knew your innermost thoughts it meant that not only could he out-charisma you but he also knew exactly the highest price you were willing to pay!

I have worked for a decade or so in business now, but it wasn’t really the plan. I wanted to be a doctor – one of those specially-approved-holy-Christian-professions like nurses, teachers and carers (I’ve heard a tongue-in-cheek description of the ‘holy pyramid’ with missionaries and pastors at the top, nurses and teachers in the middle and profit-hungry business people at the very bottom!). If you are helping people every day then surely you are doing good, right? And I wanted to spend my career doing good – I wanted to be a doctor. But I ended up training as a commercial accountant and found myself squeezing suppliers for better margins, maximising cashflow and working out how many people we needed to make redundant to hit cost saving targets. How is that doing good?

How can business be godly?

Often when people think about godly business, they think about being ethical or being charitable with the profits that are made. I suppose those are decent enough things but when I think about business being godly, I think about how God (Jesus the carpenter) did business. For a business to work it needs to generate value for customers and a portion of that value is converted into profits. The profits pay salaries which keep people provided for and they pay taxes which pay for public services. In fact, with no business and no profits, society would be really rather tricky. At its essence, business is about value generation – taking something worth £10 and spending £5 making it more useful or valuable to someone else and selling it to them for £20 (when perhaps it’s real value to them might be £30). Value generation is the aim of the game and that is a very godly pursuit. Look around at everything God has created from nothingness. Look at the order he has woven into the fabric of matter. God is the master value-generator. God shares with us from his lavish wealth. He also gives us his characteristic of wealth generation. Taking something, altering or ordering it and making it more valuable for those around us – that’s the game of doing business. Wealth generation is a gift from God for everyone’s blessing.

“You may say to yourself, “My power and the strength of my hands have produced this wealth for me.” But remember the Lord your God, for it is he who gives you the ability to produce wealth, and so confirms his covenant, which he swore to your ancestors, as it is today.” (Deuteronomy 8:17-18)

Of course, there is an evil corruption of this beautiful game present in the world – people taking advantage of their excessive power to charge exploitative prices, the hoarding of wealth (rather than the generation and sharing of wealth which are good!) and the deceit of falsely claiming value in something (anyone want to buy some snake oil from me?).

But when I think of Jesus making a table, I imagine him skilfully plying his trade; taking some rough pieces of wood and some nails – creatively designing something wonderful, trimming the pieces of wood and pushing through his fatigue to build something great and valuable. Something more valuable than the sum of the parts that went into it. So, I expect he sold it, made a decent profit and before he went to bed, he was pleased to tell his father, and the Father, what he’d done that day.

For more information on how business can be used in a godly way James recommends checking out the Business as Mission Blog or, from the same team but more in depth, the BAM Global Reports/.